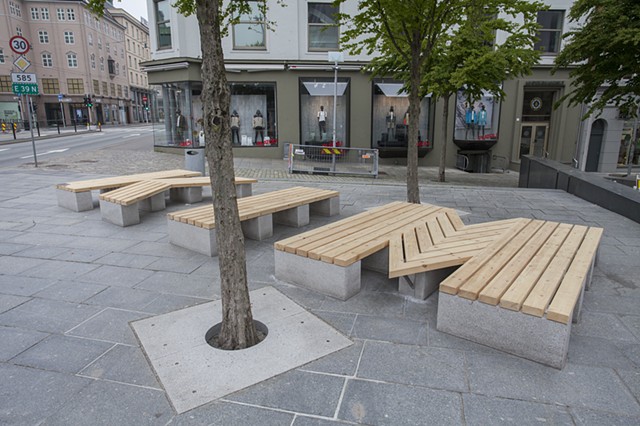 Unveiling of a sculpture dedicated to Kim Friele.

To atone for the lack of women's representation in the public sphere, the Municipality of Bergen has decided to erect five sculptures dedicated to specific women in the centre of Bergen over the next ten years.

The first sculpture will be unveiled at Vågsallmenningen and is dedicated to the activist and Norway's most famous champion of gay rights, Karen-Christine "Kim" Friele (b. 1935). The sculpture is made by the visual artist Lina Viste Grønli (b. 1976).

At the unveiling there will be speeches by mayor Marte Mjøs Persen, and commissionner for culture, diversity and gender equality Katrine Nødtvedt. The Bergen based vocal ensemble Tabula Rasa will perform a commissioned work by contemporary composer Peter Child. The event is supported by KORO, the Norwegian Arts Council and Fritt Ord Foundation.

Producers of the event are Gunnbjørg Johannessen at Syv Mil AS, and Patricia Michlits as musical production manager. On the occasion of the unveiling of the monument to Kim Friele, the seminar Fast plass – Flere historier will take place at the Bergen public library Saturday 29 May at 09:45–13:30. Påmelding her Photo: Maya Økland