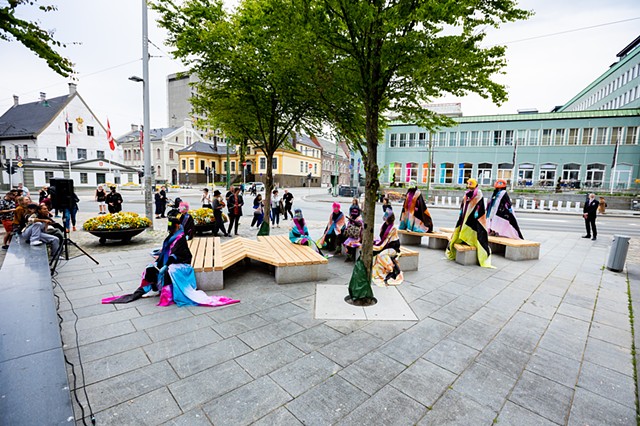 I Decided to Share My Love with You
Performance 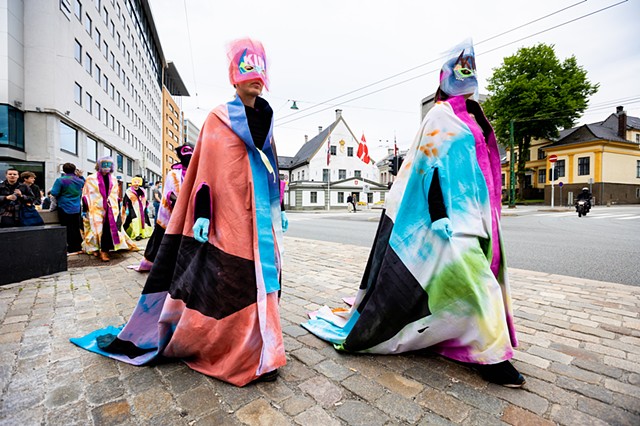 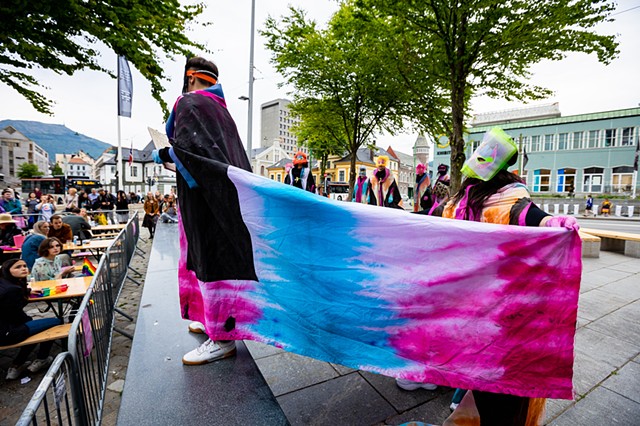 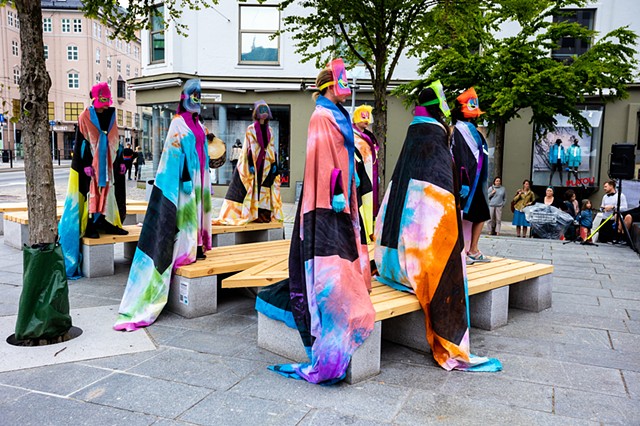 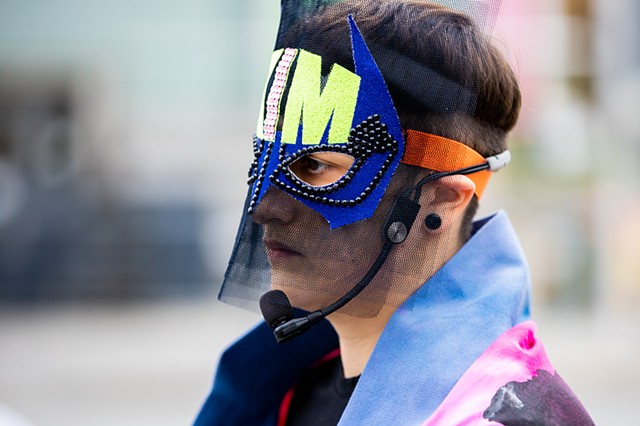 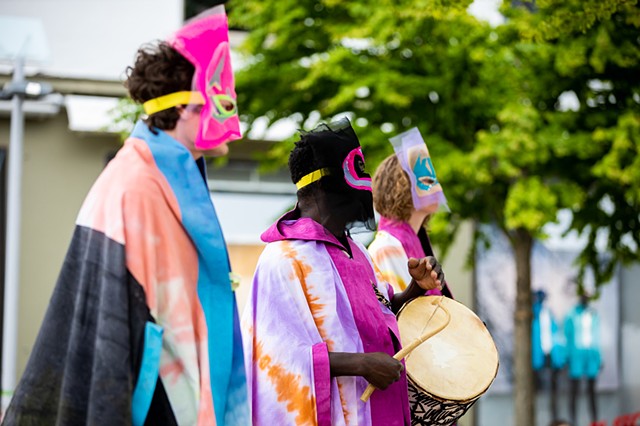 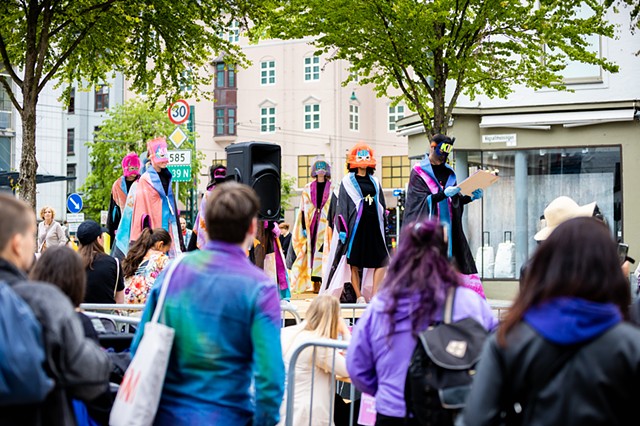 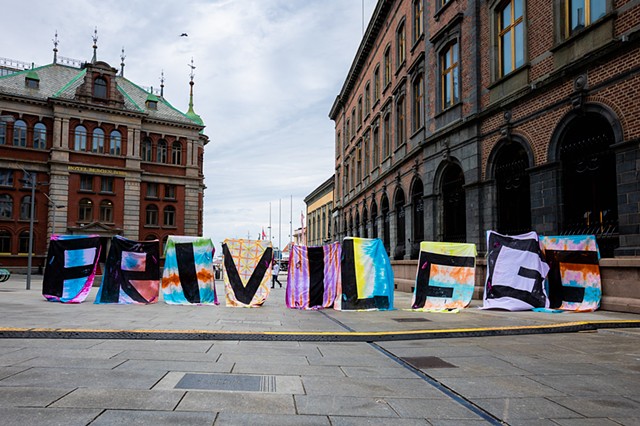 On the occasion of Lina Viste Grønli’s newly arrived sculpture «Benkene til Kim» at Vågsallmenningen there will be arranged on site performances during Bergen Pride 5, 10 and 12 June.

Place: Benkene til Kim, Vågsallmenningen (via Pride House) 5 June at 19:30 I Decided to Share My Love to You Kiyoshi Yamamoto & Nayara Leite Kiyoshi Yamamoto and Nayara Leite are two Brazilian artists living in Bergen who each in their own way works with political art. For Bergen Pride the two artists have collaborated on a performance that problematizes liberal gay rights in the Western world up against the far more difficult situation for queer people living other places in the world, especially in Brazil. Their collaboration will contain texts, drums and wild textile creations inspired by the Maracatu tradition of Pernambuco in order to raise money for the Casa Nem lgbtqia+ sanctuary in Rio de Janeiro. Would you like to contribute? Join in on the online auction on Instagram @mypinkpopcorn every day from 5 June until 12 June. The artists also have posters for sale in the Pride store. About the artists Kiyoshi Yamamoto (b. 1982) has a degree from the Bergen School of Art and Design, Escola de Belas Artes, Rio de Janeiro, Brazil and Saint Martin’s School of Arts and Design, London, England. Yamamoto has had a number of solo shows including Buskerud Art Center, Heimdal Art Association, Norwegian Graphic Artists and SOFT gallery. His work has been purchased by, among others, Nordenfjeldske Kunstindustrimuseum I Trondheim, KODE Kunstmuseum I Bergen and the Norwegian Embassy in Brasília, Brazil. Nayara Leite (b. 1989) is a Brazilian visual artist whose practice navigates between analogue photography, performance, text, installation and video. She is based in Bergen, where she recently graduated from the MFA Programme at Bergen Art Academy. Ever since Nayara moved abroad, she has been making herself more present and actively involved with the Brazilian LGBTQ+ issues that are so close to her heart by producing a dark and often unbearable portrayal of the oppressive reality in which this community lives in her home country. Curated by Maya Økland and produced by Gunnbjørg Johannessen /Syv Mil AS With generous support from KORO, Kulturrådet og Fritt Ord